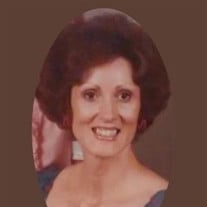 Vernetta Parsons Alford Fuller Born: April 9, 1940 Mount Pleasant, UT to Duane Vernile Parsons and Maritta Anderson. Died: February 24, 2020, 79, in Ogden, Utah. Vernetta grew up in Richfield, UT surrounded by Aunts, Uncles and Cousins. Her most favorite past time as a youth was at the local swimming pool. She loved swimming and took inspiration from swimming film star, Ester Williams. In the early 1950s the family moved to Roy, UT where she graduated from Weber High School. After Graduation she participated and won the title of Miss Roy in 1958. During the talent portion of the pageant she performed the dramatic reading of the poem “The Shooting of Dan McGrew”. Her ability to memorize and retain knowledge was awe inspiring, remembering with clarity that poem her entire life. Along with her talents for drama she developed talents in music, singing in many choirs, painting, crafting, crocheting and especially friendship. She developed friendships that have lasted a lifetime and demonstrated to her children this special talent. Vernetta married Robert Leslie Alford in the Salt Lake Temple, on June 18, 1958. Of this union they had 5 children. While raising her children she was involved in PTA, The Republic Women’s Club, working as a secretary, administrative assistant, bookkeeper and managing small retail shops. As a devoted member of The Church of Jesus Christ of Latter-day Saints she served in many callings. The callings that brought her the most joy and would leave lasting memories for her was serving in the Young Women’s Organization, Sunday School, Primary and Music. She loved her interaction with the youth of the church and built many fulfilling relationships. Her testimony of Jesus Christ was evident in her willingness and eagerness to serve where she was called. Having battled breast cancer her life slowed down. She continued to be a positive and loving Mother, Grandmother and friend. After breast cancer she crochet many afghans for her children, grandchildren, neighbors and friends, a skill she had gained in her youth. It was a task she could do that would keep her mind engaged and thinking and her hands busy and productive. She also continued to have a great love and fondness of collecting office supplies and keeping detailed records of everything. Vernetta is preceded in death by her parents, her brothers, Elton William (Bill) Parsons, Atho Vernile (Brad) Parsons, and sister, Cynthia Parsons. Vernetta is survived by her children, David (Jill) Alford, Todd Alford, Curtis Alford, Leisa (Justin) Savage and Amy (Bruce) Pohlman, her brother Jaim (Valerie) Parsons, and sister, Belva (David) Ricks, 23 grandchildren and 21 great grandchildren Funeral services celebrating her life will be held on Wednesday, March 4, 2020, view beginning at 10 AM, funeral service 11 AM, at The Church of Jesus Christ of Latter-day Saint, 1150 No. Monroe Blvd. Ogden. Interment will be in the Ben Lomond Cemetery. The family wishes to express their gratitude for the care mother received at Auberge Assisted Living and the hospice care loving administered by Symbii Hospice.

The family of Vernetta Parsons Alford-Fuller created this Life Tributes page to make it easy to share your memories.