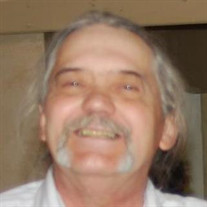 William Timothy “Tim” Spurlock 1959 – 2017 Tim Spurlock passed away in his sleep on Saturday, March 18th, 2017 at the age of 57 in his home in Pleasant Grove, Utah. He was born at Henry County Hospital in New Castle, Indiana to William and Virginia Spurlock. He moved with his family in 1960 to Stanton, California, where they lived until 1969. The family then moved to Orem, Utah. He spent the rest of his childhood and the remainder of his life in the Utah County area. He grew up with his three older sisters, Joyce Hiatt, Susan Bunker (Andy), Pamela Wilkinson (Brent), and his baby brother, David Spurlock (Sheryl). Throughout his life, he remained close with his siblings, his loving Aunt Judy Riley and Uncle Marvin Spurlock, and the countless relatives who still live in the mid-West. He is preceded in death by both of his parents and his brother, David Spurlock. Tim felt lucky to have been blessed with two sons, Dustin and Tylor Spurlock; he enjoyed being an uncle to many nieces and nephews & several great-nieces and nephews; and he especially loved being able to be “Grandpa” to his three grandchildren, Devin, Brinnlee and Ty. During his life, he worked as a diesel mechanic, in cement, and as a construction worker. He loved to camp, fish and hunt. In his younger years, he enjoyed a good bottle of whiskey every once-in-a-while. He never grew out of knowing how to have a good time, and had an amazing laugh. He was known for having a generous heart, even if he seemed “rough around the edges.” He always enjoyed giving the people he cared about a hard time – in fact, that’s how you could tell if he liked you! He liked spending time with his family and friends and especially liked spending time and “shooting the breeze” with his closest friend, Robbie Simpson. Tim was loved by many and will be missed every day. We hope that he has found peace and like to think that he is somewhere listening to AC/DC, fishing, sipping a nice cold beer, and giving his baby brother, David, a hard time. We will be having a private gathering of his close friends and family to celebrate his life on Sunday, April 30th, 2017.

The family of W. Timothy "Tim" Spurlock created this Life Tributes page to make it easy to share your memories.