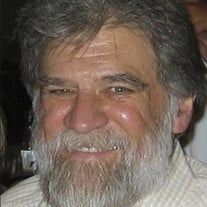 Our dad was born on March 18, 1947, in Windber, Pennsylvania to a mom and dad that didn&#8217;t know how to love our dad like he deserved to be loved. He ran away at a very young age and enlisted in the Marine Corp serving in the Vietnam War.... View Obituary & Service Information

The family of Warden Hazelett Shuman III created this Life Tributes page to make it easy to share your memories.