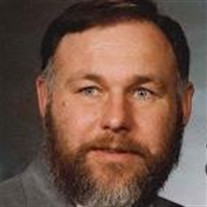 Wayne Ross “Scruffy” Magleby 06/05/1946 - 08/14/2017 My Life in a nutshell: I passed away peacefully on August 14, 2017. I was born June 5, 1946, In Salt Lake City to Arlo and Ruth Magleby. I grew up in the Millcreek area. I grew up loving sports and I attended Olympus High School and graduated from Skyline High School. I was on the Wrestling, Swim and Cross Country teams. Served in the military in Vietnam and Desert Storm. I then went on to serve an LDS Mission in Denmark and on returning I went to Southern Utah State University, while there I was on the wrestling team and met the love of my life, Eloise Collings. I then married Eloise on Jun 6, 1969 in the Salt Lake Temple. We built our family home in Granger, now known as West Valley, raising our five children there. I held many positions in the Church such as Young Mens President, in Elders Quorum and the Seventy's and High Priest Group Leader. I also held positions in the Cub Scouts, Boy Scouts and the Varsity Scout programs, which was my passion. I received my Arrow of Light, Eagle Scout, Silver Beaver and District 12 Scouter of the year awards. I loved Hunting with my dad and brother, James, through the years and loved go on camping adventures with the Scouts and with our family and friends our week long Archery Campouts. I was diagnosed with Primary Pulmonary Hypertension in September of 2000, in which I have survived longer than I thought I would. I watched my daughter and two granddaughters also going through this before me and with me. I am now free from the pain of this disease. I am preceded in death by my parents Arlo and Ruth Magleby, in-laws Fred and Reve` Collings, brother James Magleby, daughter Nicole Newman, and granddaughter Alexis Magleby. I am survived by my wife of 48 years Eloise, my children Dawn (Brian) McKane, Jeffrey (Sara) Magleby, Kevin (Courtney) Magleby and Pam (Mal) Watson, grandchildren Mycka (Tylor), Taylor, Rylie, Morgan, Ashton, Denver, Brecken, Indigo, Austin, Zander, Dawsyn, Bridger, Parker & Wade and my greatgrandchildren Angel, Darius and Pasliey, my sister Susan (Nile) Schow and brother Mark (Colleen) Magleby. My funeral will be held on Saturday, August 19, 2017 at 11:00 with a viewing from 9:30-10:45 and on August 18, 2017 from 6:00 to 8:00 pm at the Mackey Meadows Ward House located at 2976 West Winchester Drive (4270 S). I would like to Thank Dr. Elliott, Dr. Brown, Natalie, Sandi, Deedre, and Gabriel and all the other nurses in the Pulmonary Division at IMC.

The family of Wayne Ross Magleby created this Life Tributes page to make it easy to share your memories.