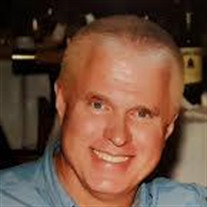 Wayne Nichols May 7th, 1953 - July 21st, 2017 Wayne Nichols was born on May 7, 1953 in San Diego, California, to Donald Dean Nichols and Phyllis Arlene Hunter. From a very young age he enjoyed learning about history; his parents reported that they often found him reading history books and encyclopedia entries after school – for fun. He was particularly interested in the Civil War. He also developed a love for sports, and played basketball, baseball, and football. Wayne married Susan Wood in the Oakland LDS Temple on June 30, 1973. While they had known each other since the fifth grade, they did not start dating until their senior year of high school and graduated together in 1971. Susan was a member of the LDS Church; Wayne was not. Initially motivated by his interest in Susan, Wayne decided to study the LDS faith and, particularly impressed with the Book of Mormon, was baptized in 1972. Wayne graduated from San Jose State University in 1976 with a degree in accounting. By this time, Wayne and Susan had two children, and Wayne accepted a position with the accounting firm Arthur Andersen. He took seriously his role as a provider, and worked hard at his job. By 1986, Wayne and Susan had welcomed 3 more children into the world, and Wayne became one of the youngest partners at his firm. During these busy years, Wayne and Susan found time to take regular family vacations which typically centered on road trips exploring the national parks, campgrounds, deserts, and hiking trails of the Western United States. These experiences had a lasting impact on his family. Wayne established a reputation for always giving his best at everything he did. However, he was never motivated by worldly praise. In a move that stunned his fellow partners – but not those close to him – Wayne retired in 1999 to focus more on helping his maturing family and other aspects of life that he and Susan felt were more important. In addition to church service, Wayne and Susan also oversaw regular family reunions with the intent to foster strong family unity. He thoroughly enjoyed spending time with his children and grandchildren. Wayne was a passionate Boise State football fan and attended many of their games alongside Susan. Golfing and fly fishing were also major interests in his life. Wayne lived his life with integrity. He loved his country and deeply appreciated the sacrifices made by others on his behalf. He was an active member of the LDS Church and sought the guidance of the Lord in all he did. He was a strong advocate for the underdog, and never failed to encourage and mentor those who needed him. He was a loving husband, father, brother, and grandfather. He is survived by his wife Susan, sister Laura (Stan) Horsey, and his children: Jennifer (Brett) Myers, Heather (Derek) Vaniman, Brandon (Loni) Nichols, Justin (Marie) Nichols, Becky (Craig) Despain, and sixteen grandchildren. His impact on his posterity was substantial. He will be greatly and deeply missed by those who knew him. Funeral services to be held 10:00 am, Saturday, July 29, 2017 at the Thanksgiving Village Ward, 3678 North Bluegrass Blvd, Lehi, Utah. Photo slideshow and memorabilia to be on display before services in lieu of a viewing. Interment at the Highland City Cemetery.

Wayne Nichols May 7th, 1953 - July 21st, 2017 Wayne Nichols was born on May 7, 1953 in San Diego, California, to Donald Dean Nichols and Phyllis Arlene Hunter. From a very young age he enjoyed learning about history; his parents reported that... View Obituary & Service Information

The family of Wayne Nichols created this Life Tributes page to make it easy to share your memories.