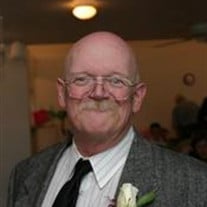 Willem (Bill) Marinus DeHeide, 62, of West Valley City died Monday, July 1, 2013 from cancer. Bill was born July 27, 1950 in Rotterdam, the Netherlands, to Marinus and Willemina DeHeide. Bill was the second of five children in the family of two sons and three daughters. The family immigrated to the United States in 1953 and settled in Salt Lake City. Bill was an enterprising young man, running his own lawn mowing and snow shoveling businesses. He saw opportunities in a pre-demolition site, catching mice and selling them to local pet stores. He also caught rattlesnakes at Fort Douglas and sold them to the soldiers who wanted the rifle range free of the pests. Bill attended Salt Lake City schools. He started high school at East High School, but due to the family’s move to Rose Park, he transferred to rival West High School, telling everyone he was from Nebraska. He graduated from West High in 1968. Bill was strongly encouraged to sign up for a stint in the US Army, which he did. He served at Fort Belvoir in Virginia near the Washington DC border, served at Fort Ord in California, and spent 19 months in Knielingen, Germany. One thing he learned in the army was how to cut down a telephone pole with an M-60. He also became interested in photography during this period, and it developed into a life-long passion. He served from March 28, 1969 to March 27, 1972, when he was released to return to his mother’s dying bedside and attend to family matters. In the winter of 1973, Bill enrolled in highly competitive electronics classes at Utah Technical College. While at UTC, Bill was a chess champion, competing in the school’s chess club. He qualified to be on the four man team representing UTC at a regional competition, and Bill and his teammates took second place. Bill attended Utah Technical College twice, earning two AAS degrees in electronics. During his second time at UTC, Bill won first place in the 1985 VICA (Vocational Industrial Clubs of America) Leadership Conference and Skill Olympics. He worked in the electronics field (mostly) for the rest of his life. In 1976, Bill met Judy Shelton, and they became a family. Bill was father to Erica Shelton, and in 1980, his son and namesake Will DeHeide was born. Bill loved being a father. Bill often took his son camping, visiting many of the national parks in the area. Their favorite parks were Great Basin National Park, Bryce National Park, and Yellowstone National Park. Bill took up the game of darts and got Will involved, playing sometimes five nights a week together. Later, Bill enjoyed immersing his grandsons in educational opportunities, taking them to museums and national parks. Bill had a great love for nature. He liked geology, collecting rocks, visiting Lehman Caves, and reading about mining towns and gem trails. He was interested in how geysers worked, what signaled their eruptions, how stalagmites formed, and how the curvature of the earth was visible in the Nevada desert. He loved visiting Lehman Caves and Great Basin National Park. He also enjoyed reading about the early explorers of the Utah and Nevada. In addition to geology and western history, he loved desert wild flowers, planting a desert garden in front of his house with Indian paintbrush, penstemon, Mormon tea, Mexican hat and many other varieties of native plants. Music was important to Bill. He sang in the Glee Club in junior and senior high school, and he collected music in whatever form was available at the time. His son remembers that while Bill was making waffles on Sunday mornings, he loved to crank up Fleetwood Mac and Cat Stevens until the windows shook. He loved jokes and he always had a joke to ready to share. These jokes were usually not kid friendly. Bill started having medical problems when he turned 50. He had a massive heart attack followed by open heart surgery. A year or two later he was diagnosed with non-Hodgkin’s Lymphoma, which he fought aggressively and beat. In 2012 Bill was diagnosed with Melanoma. In June 2013, test results showed that the cancer had progressed to his brain. He died at home about 10 days later on July 1, 2013. He is survived by his daughter Erica Myers (Justin), son Will DeHeide (Tiffany English), brother John (Ann), three sisters, Chris Priest, Hilda DeHeide, and Wilma DeHeide, three grandsons Dustin Johnson, Tristan Myers, and Andrew Myers, and numerous nieces and nephews. An informal celebration of Bill’s life will be held on Sunday, July 7 from 3:00-5:00 with a Veteran’s Tribute at 3:30 at 1232 West Rock River Road. In lieu of flowers, donations can be made to the National Parks Association.

Willem (Bill) Marinus DeHeide, 62, of West Valley City died Monday, July 1, 2013 from cancer. Bill was born July 27, 1950 in Rotterdam, the Netherlands, to Marinus and Willemina DeHeide. Bill was the second of five children in the family of... View Obituary & Service Information

The family of Willem Marinus DeHeide Sr created this Life Tributes page to make it easy to share your memories.