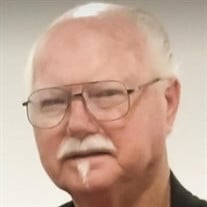 Our beloved father, grandfather, brother, and friend, William Avery Howard, passed away at his home on September 26, 2021. Avery, the son of W. A. and Eula Mae Fell Howard, was born in Bayou La Batre, Alabama on March 31, 1944. He grew up in a loving home with two brothers, Dennis and Jerry. The family was involved in a life of ministry throughout the western United States, which afforded Avery an upbringing filled with faith, hard work, and service. It was at a young age that Avery developed a passion for music and the guitar. He met the love of his life, Juanita Pacheco, and knew immediately that he wanted to build a life with her. Avery spoke often of her timeless beauty and goodness. They married in 1967 and were blessed with two sons, Brandon and London. In the early years of their marriage, Avery’s service in the United States Army took them to Germany, where they made many happy memories. Avery and Juanita often reminisced about those years and their desire to travel there with their family to make new memories. Eventually the family made their home in Taylorsville, Utah. The Howards made many lifelong friendships in the neighborhood and in their faith community. Avery’s unwavering faith and commitment to Jesus served as a framework for his life. He often used his musical talents to amplify his beliefs and invite others to seek the Lord. The Howard home and gospel music were inseparable. Both Avery and Juanita incorporated music into their daily lives. They enjoyed traveling with Avery’s musical group, The Kingdom Heirs, and connecting with other people through faith and music. Throughout his life he found opportunities to channel his love for cars into both a hobby and an occupation. He owned an auto body shop for many years. He took great pride in the restoring process. Avery always ensured Juanita had his best work to drive. Avery’s pride and joy were his sons. He celebrated their successes and looked forward to every opportunity to spend time together. In his later years, one of Avery’s favorite pastimes was to meet his sons for breakfast. The four choices were Dee’s, Jim’s Family Restaurant, Ogie’s Café, and Coachmans. The birth of his granddaughter Madison brought a whole new level of joy to his life. Avery and Juanita rarely missed a recital, tennis match, graduation, or important event in Madison’s life. She was their whole world and Madison knew without a doubt their love for her. Avery was preceded in death by his parents and his beautiful and loving wife, Juanita. In addition to his sons, Brandon and London, he leaves behind two brothers, Dennis and Jerry; and one granddaughter, Madison. A celebration of his life will be held November 6, 2021, at 11:00 a.m., at Premier Funeral Services, 67 East 8000 South, Midvale, UT 84047. To join by live stream, please use the following link and Meeting ID: https://us02web.zoom.us/j/81001371976 Meeting ID: 810 0137 1976

Our beloved father, grandfather, brother, and friend, William Avery Howard, passed away at his home on September 26, 2021. Avery, the son of W. A. and Eula Mae Fell Howard, was born in Bayou La Batre, Alabama on March 31, 1944. He grew up... View Obituary & Service Information

The family of William Avery Howard created this Life Tributes page to make it easy to share your memories.