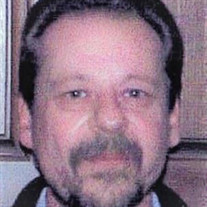 William (Bill) Cody Huntzinger aka Butch Bill loved to receive calls, cards, and letters. Bill received his final call to “go home” on January 10, 2022, where he was reunited with his sons Colter and Laramie. Bill age 71, son of George DeRay & Mabel Agnes Grass Huntzinger, was born on October 22, 1950, in Salt Lake City, Utah. Bill was a graduate of South High School. He continued his education at Weber State University where he received a bachelor’s in History & Political Science. Bill co-started Codale Electric Supply Company of Salt Lake City in 1975. The business started with just 5 employees before becoming one of the most innovative & fastest growing electrical supply distributors in the nation. Bill would later sell his half of the company to his partner to go onto enjoy other business adventures. Bill found his love of helping others and his community through his employment at Habitat for Humanity, SLC. As the ReStore manager he touched so many lives and helped many people that he came to admire and love. Bill had a great love for everything outdoors. He loved to hunt, fish, camp, cook by the fire, tell his life stories to all who would listen. Bill had a wonderful sense of humor and was a great storyteller. Bill loved music, especially The Moody Blues. Bill loved to spend time with his kids at Italian Village and spend every Father’s Day at the Hogle Zoo. Bill has 3 sons, Cody, Laramie (preceded Bill in death in 2020) and Colter (preceded Bill in death in 1995) with Noreen Thomson. Bill has 1 son, Samuel and 3 stepchildren, Jen (Blake) Mair, Katherine (Spencer) Young, Austin (Annie) Stinnette with Lori Bredsguard. Bill has 2 grandchildren, Tylie Ann (Laramie) and Jordan (Cody). Bill had 3 brothers and 2 sisters whom he loved dearly: Harold (Jeannette) Huntzinger, George Huntzinger Jr (preceded Bill in death in 2009), Micheal (Debbie) Huntzinger, Elizabeth (Keith) McComb, Patricia (Micheal) Gannon. Bill will be missed dearly by his family, friends and many nieces and nephews. A special mention to his lifelong friend, Morgan Peterson. Bill was a prince & a fighter & he had an incredible joy for life. Bill had a way of shining a beauty into the life of others and may that shine down and through and onto all of us as we continue our journey here, remembering him fondly. Let us find & encourage within ourselves those gifts that made us so special to Bill: not star power, not intellectual prowess, but the ineffable mystery and extraordinary beauty of the human heart. Bill would encourage us all to do an unexpected & unsolicited act of kindness for someone in his name in lieu of flowers. There will be a Celebration of Life in Bill’s honor, Tuesday January 18, 2022 at Premier Funeral Services between 11am and 1pm. There will be an open mike starting at noon for all to share your stories of Bill. Premier Funeral Services is located at 67 East 8000 South, Midvale, Utah Samuel Huntzinger requests that NO DONATIONS be made to any GOFUNDME pages on behalf of Bill Huntzinger as no donations are needed.

The family of William (Bill) Cody Huntzinger created this Life Tributes page to make it easy to share your memories.