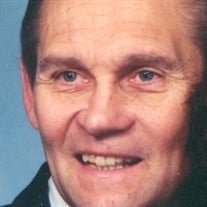 William Jay “Bill” Rosier 1941-2016 Bill Rosier departed this mortal life surrounded by his beloved family on November 1, 2016 after experiencing a series of heart attacks the previous day. Bill was born July 9, 1941 to William Wallace and Lillian Hatch Rosier in Woods Cross, Utah. He grew up on dairy farms in Davis and Sanpete counties. After graduating from North Sanpete High School, he met and married Diane Clark while attending Snow College. They were married in Springville, Utah, on October 13, 1961, and sealed in the Manti Utah LDS Temple on June 16, 1962. After spending some time in Sanpete and Utah counties, they moved briefly to Granger, and then to West Jordan where they have lived for the last forty years. Bill attended Snow College from 1959-1962. He then worked on a trailer building crew, where he discovered a special talent for woodworking. He spent much of his working life as a carpenter and general contractor, and loved to build beautiful furniture. Bill’s love for his Savior Jesus Christ and His church motivated much of his activity and service throughout his life. Bill had a special ability to make friends and bridge social gaps by putting people at ease with his unpredictable sense of humor and naturally caring personality. Bill was preceded in death by two older brothers, his parents, and one grandson, Michael Jeffrey. He is survived by his beloved wife, Diane; seven children: Lori Frandsen (Gean), Shantel Leishman (Paul), Michael Rosier (Heidi), Jay Rosier (Lindsey), Randall Rosier (Erin), Cheree’ Frandsen (Shane), and April King (Clinton); 30 grandchildren and 10 great-grandchildren; and his seven siblings. Funeral services will 11:00 am, Saturday, November 5, 2016 at the LDS Church located at 7925 South 2700 West, West Jordan, Utah where a viewing will be held in his honor Friday, November 4, 2016 from 6:00 to 8:00 pm and Saturday prior to services from 9:45 to 10:45 am. Interment to follow at Redwood Memorial Cemetery.

The family of William Jay "Bill" Rosier created this Life Tributes page to make it easy to share your memories.