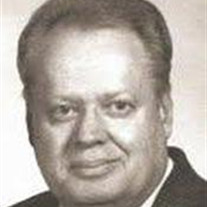 William M. Walker, age 74, passed away peacefully on Feb. 2012, following a courageous battle with cancer. Bill was born in Wellsville, Utah to Morris Clark and Sylvia Maye Myers Walker. He attended schools in Wellsville and Hyrum, Utah and graduated from Weber State University. He served in the Air Force from 1957 to 1960. He had many fond memories of serving 2 years on a small island off the coast of Korea. Bill was a faithful member of the Church of Jesus Christ of Latter-day Saints and served in many capacities throughout his life. Until his illness made it too difficult, he and Jeanette served as workers in the Salt Lake Temple. He was devoted to his family. His interests were many, including photography, art, woodworking, gardening and travel. Bill is survived by his wife of 38 years, Jeanette Hurd Walker; children Peggy (Rand) Greubel, Kathy (Brad) Longden, Scott (Kristina) Clement. Grandchildren Aaron Walker, Terrance and Kristen Longden, Sophia and Benjamin Clement, Patrick and Christopher Greubel. Sisters Lavon (Marvin) Maughan, Venna (Merlin) Saunders, Dora (Devon) Parkinson. Brothers Ralph (Sally), Clark (Diane), Charles (Maxine) and sister-in-law Ellen. He was preceded in death by his parents, a sister, Melba; a brother, Lee; and a son, Ron Walker. Funeral services will be held at 11:00 a.m. Monday, February 13, 2012 at the Stratford Ward (2605 South 1500 East Stratford Ave., Salt Lake City, UT) A viewing will be held Sunday, February 12, 2012 from 6 until 8 p.m. also at the Stratford Ward and one hour prior to the service..

The family of William Walker created this Life Tributes page to make it easy to share your memories.